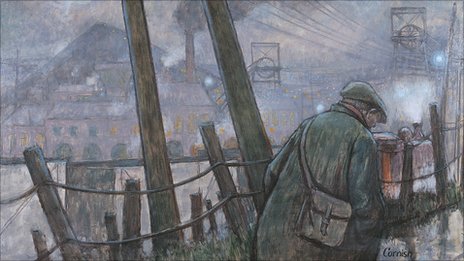 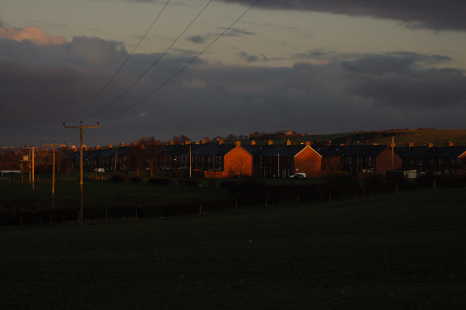 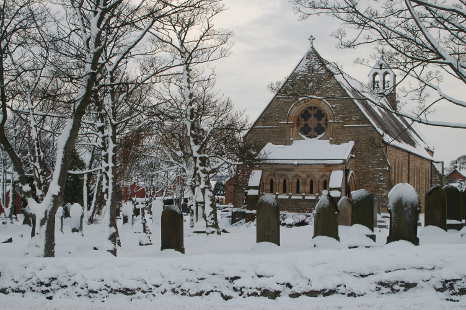 'Twas on the 5th of December, in the year of Our Lord Nineteen Hundred and Eleven, that Grandad forst took me to work at t' pit.

I smelled his musty overcoat as he trudged along with me as a stripling at his side. It smelled of him and was dark green, soft cloth: it reminded me of Winter earth and grass.

“If the smoke doesn't get you, the pit dust will, lad,” he coughed.

I tugged at his overcoat: it was warm, despite it being chilly. I used to snuggle into it when I was younger. It was comforting, reassuring, soft. The huge overcoat would always be there as a haven from the sorrows of life, I imagined. In the bitterest weather, I used its helm as a shield to hide under, as we drove against the stringing rain and hard hail in the smoky blackness of the pre-dawn. The smell of smog and tar did not avoid it. Its softness was incongruous with the hard man who wrapped up his suffering inside.

He always walked with his head down and his cap pulled down hard over it, whatever the weather, as though he were perpetually struggling. He was used to battling against the elements; even when it was sunny, he could not bring himself to walk fully upright. He accepted his reward in life as he did his masters' orders without question. He only raised his voice to my mam, which was the only part of him I despised him for. His meagre tools were dangling pitifully behind his back in a pathetic cloth bag strapped over his shoulder. It was brown like his boots. Everything he wore was a subdued shade of green or brown, like nearly barren earth.

The question seemed to perplex him, for he stopped suddenly and his face seemed to contort, making him look much older.

“Not as lang as the next un I'll be in,” he chuckled then coughed and spat.

I never understood what he meant at the time. We plodded through the evening fields homeward after a long shift. Although his fellow miners all lived in the same rows of houses as we did, we always went home alone. It seemed that either he wouldn't talk to them or they wouldn't talk to him.

In the waning, evening sun, the gable ends of the rows of houses that abutted onto the fields glowed dark orange like kilns.

Those walks to and from the pit heads were reflective for me. Granda was a man of few words and fewer questions. He just accepted everything.

It was on the last few of these journeys home that I began to notice him walking more slowly. He stopped frequently, out of breath. His coughing had become worse, so that it was difficult to talk to him. He never talked or complained about it, though.

Looking back, I shouted for him to hurry up and thought he was doing it because he didn't want to be with me. He had often said I'd have to stand on my own two feet soon.

“Run, Granda!” I shouted at the solitary figure in the middle of the darkening field, trying to make light of it, but he just stood there.

I thought I saw him pointing to something and looked over to where he was pointing but only saw the bell-tower of the Methodist chapel. Then he seemed to flap his overcoat.

I thought he was trying to fasten it round him or wave it in a parody of running or flying, mocking me, so I ran home. His manner was disturbing me.

He didn't come home that night, or any other night since. His body was stiff and covered with snow when they found it.

It was thick with snow and bitterly cold as we lay him in the churchyard. It was then that I realized that this was where he had been pointing at.

It took a while for me to figure it out but the gestures he had made must have been a reference to his new overcoat in which he now lay forever.